Western Rhodopes is a tourist region which comprises the teritory of four municipalities: Borino, Bratsigovo, Devin and Dospat, all of which are neighboring regions, with similar natural resources and a common cultural and historical heritage. The distance between the municipal centers and the capital Sofia as well as the country’s main cities Plovdiv, Varna and Burgas is as follows:

The riches of the Western Rhodopes provide a rare opportunity for unique combination of different types of tourism – rural, cultural, wellness and spa, fishing and hunting, adventure and eco-tourism!

Short description of the Wesern Rhodopes

The territory of the Western Rhodope region is characterized by mountainous, highly fragmented landscape with steep ridges cut by deep river valleys. Picturesque gorges and numerous karst features are typical of the region.

The average altitude of the four municipalities is 1 095 meters. The abundance of water resources is considered a great treasure – rivers, lakes, reservoirs and mineral springs.

The climate is temperate continental with a slight Mediterranean influence, and in places with an altitude above 950 meters – mountainous.  The average annual temperature is 13°С. The low mountain slopes are covered with oak and beech trees mixed with maple, hornbeam, hazel, lime, cornel-tree, briar and hawthorn. The highest parts are covered with coniferous forests. The territory is characterized by an exceptional diversity of plants, including species that are endemic for the Rhodope Mountains – Haberlea Rhodopensis, Rhodopean tulip, Geum Rhodopaeum.

The mythical singer Orpheus had walked this ground, treading down the twisting paths underneath the shadow of centuries-old trees, enchanting both humans and beasts with his alluring lyre. The legend says that even the wind sat still into the trees to listen to his lyre. And when the wild maenads followers of Dionysus, jealousy and envy torn singer and threw his body into the river, every drop of his blood turned into a magical mountain flower called Silivryak or immortelle (Haberlea rhodopensis).

The region is known for its wild strawberries and blueberries as well as its herbs – thyme, marjoram, tutsan, Mursalian tea and others. The fauna is represented by Mid-European species – deer, red deer, wolf, fox, wild boar, etc. The habitats of some important endangered species such as the otter and the bear and others are located within the tourist region of the Western Rhodopes.

A thrilling experience for birdwatchers would be the unique chance to see rare and protected species such as the golden eagle, the saker falcon, the peregrine falcon, the lesser kestrel, the corn crake, the Western Capercaillie, the hazel grouse, the grey and black woodpecker and others. The rivers and reservoirs rich in trout, roach, carp, chub, etc are excellent for fishing. 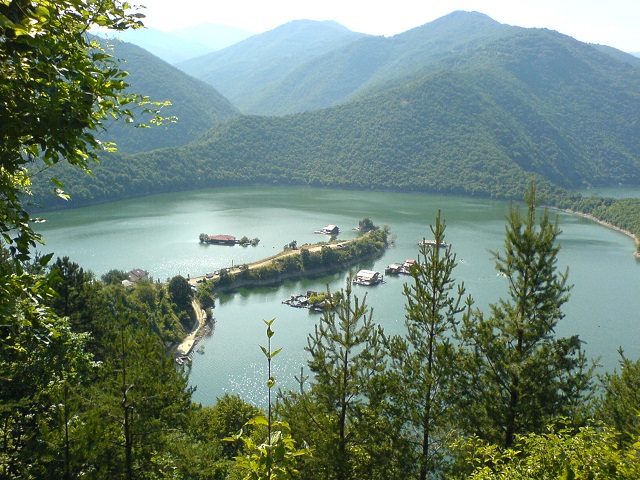