Along the river Trigradska and the Devin-Trigrad road, 1.5 km away from the village, is located the majestic and strikingly beautiful Trigrad Gorge, also declared a protected area. The Trigrad Gorge is a deep gorge along the Trigradska River. This majestic view of vertical rocks partly covered by spruce and pine add special value to the natural reserve.

The limestone cliffs of the gorge form one of the richest habitats of endemic, rare or relict plant species in Bulgaria. Many rare bird species such as the rock nuthatch, various birds of prey, woodpeckers and others nest here which attracts many birdwatchers. 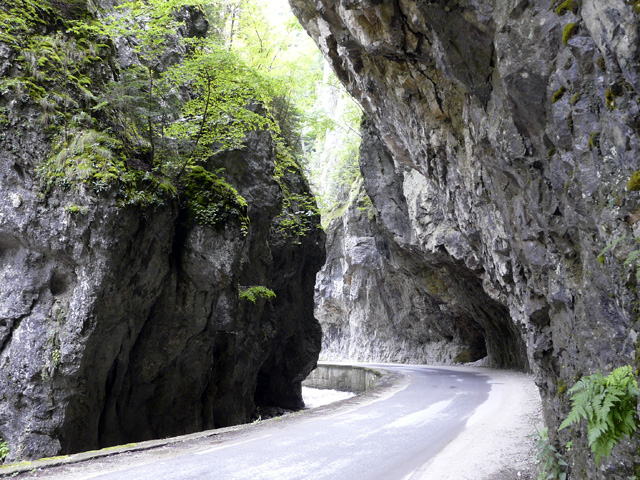 The road leading to the village of Trigrad passes through the gorge, curving along the river and at some places is very narrow, sometimes even carved into the rocks. Part of unusual Trigrad Karst Region is the Devil’s Throat Cave.

More photos from the Western Rhodopes you can find here.