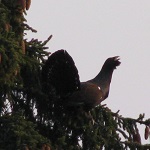 The exceptional variety of flora and fauna is the main feature of Western Rhodope region. Protected areas are 10 in number and are shown in more detail in the text below. Magnificent forests, abundant water and clean air attract many visitors. Typical of the region and a favorite of tourists are the forest strawberries and blueberries and herbs – St. John’s wort, marjoram, thyme, mountain tea and others. The fauna is represented by Middle species – deer, red deer, wolf, fox, wild boar and others. On the territory of the tourist region Western Rhodopes are important habitats of endangered species such as otter and bear. Devinska River Valley is one of the richest habitats of wild goat.

Exceptional experience for fans ornithologists in the region is the surveillance of rare and protected species such as the golden eagle, falcon, peregrine falcon, lesser kestrel, corncrake, capercaillie, hazel, gray and black woodpecker and others.

Strong emotions for anglers provide the rivers and dams, rich in trout, rudd, carp, chub, and others.

At the territory of the municipality of Borino are seen coniferous, deciduous and mixed forests (fir, spruce, white and black pine, beech, birch, aspen, etc.), and shrubs (juniper, blackberry, raspberry, rose hips, sloes and other). There are a variety of herbs, many of them are included in the Red Book of Bulgaria (for protected species). There are also black, cranberry, wild strawberry and others. Of amphibians are found ordinary salamander, a large frog, yellow-bellied toad and others. The fauna is also rich. The most commonly found wild boar, roe deer, hare and fox. There is also a marten, marten, squirrel, wolf, jackal, bear, deer and others. There are different types of birds such as eagle, cuckoo, grouse, kinglet, woodpecker, capercaillie, hawk, owl. Since reptiles are found mostly snakes, lizards and more.

Among the Municipality of Bratsigovo’s flora representatives of deciduous species prevail. Typical of them are: oak, hornbeam, acacia, elm, poplar, willow, linden in the lower parts of the territory. Conifers are represented by white and black pine, fir and spruce.

Protected plants in the Municipality of Bratsigovo are:

Protected species that can be seen around the villages of Isperihovo and Byaga are:

The fauna is characterized by species typical of the Mediterranean region such as boar, roe, deer, hare, fox, brown bear, cock of the wood, hedge-hog and others.

The lake and the rivers in the vicinity are rich in trout, perch, carp and barbel.

Protected Areas in the Western Rhodopes