The Devin Municipality is the largest in the region, with 16  settlements and a population of 13 013 inhabitants. The municipality has a mountainous relief with steep inaccessible slopes and deep gorges and oblique to steep ridges. The climate is transient continental and is characterized by low summer temperatures and abundant rainfalls. The Devin Municipality boasts a real treasury of water resources. It is rich in karst springs, rivers and lakes but its real treasure is the mineral springs with temperatures between 16 ºС and 76 ºС. The healing Bedenski bani (Bedenski baths) are located nearby the village of Beden. The water is hot, the temperature is 74-76 ºС, with significant flow, low mineral concentration, it is hydrocarbonic, sulphatic and sodic, with moderate quantities of fluoride, with 6.9 pH and suitable for outdoor spa. Within the town of Devin itself there is a soft mineral water fountain that makes for an excellent table water – this water is well-known abroad. The village of Mihalkovo, on the other hand, is known for its unique deposits of naturally aerated healing water suitable for the treatment of cardiovascular diseases.

The Town of Devin

The municipal center of the town of Devin is located in the Devin Mountain at an altitude of 710 meters, within a small valley, about 2 km to the west from where the Devin and the Vucha rivers meet. The Devin Mountain surrounds it to the south, the Grebenets Mount is to its southwest and the slopes of Chernatitsa ridge to the east. It is 203 km from Sofia. 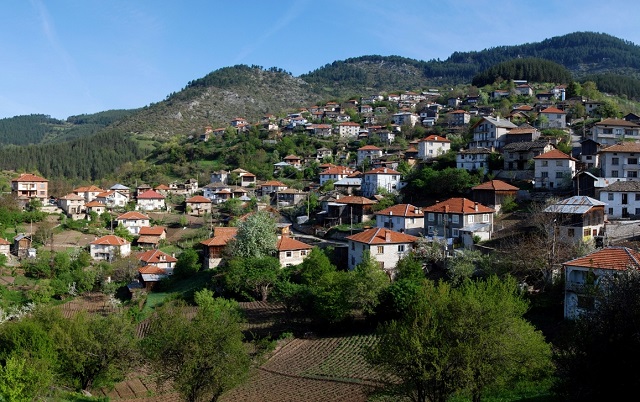 Devin is a renowned balneoclimateric resort and one of two Bulgarian towns (the second one is Sandanski) with the highest number of sunny days throughout the year. Winter is warm and mild, while summer is cool.  This is largely due to the water abundance and the many hot springs that form a huge underground lake underneath Devin. The mineral springs are more than 15 and the majority of them are yet to be researched. Devin is known to million people at home and abroad for its bottled mineral and table water. The natural aerated water of the Village of Mihalkovo is also bottled and famous on the market for its healing qualities.

Accommodation in the town of Devin can be found in high-quality SPA hotels as well as guest houses and budget hotels.  Vacation houses, bungalows, huts and private guest rooms add up to the accommodation list. All of them, regardless of ranking, offer a unique style and comfortable stay at high European standard. The town’s restaurants and entertainment correspond to the category of the respective accommodation facility with the potential to serve a significant number of tourists.

The Village of Trigrad

Like Devin, the village of Trigrad also offers sufficient accommodation. The village is located in the Western Rhodopes, nearby the Bulgarian-Greek border. It is 26 km to the south of the town of Devin. It stands at an altitude of 1240 m. The houses are perched on top of the rock hills surrounded by a majestic rock relief. The Trigradska River cuts through the village and together with the Buynovska River gives rise to the Vucha River.  The village has about 850 inhabitants.  The environs of Trigrad are rich in archeological finds – cave dwellings and Thracian necropolises testify to the village’s ancient origins. It is believed that the village emerged as three separate villages that were united, hence its name Trigrad or Triibriya (three towns). The unique combination of pristine nature, preserved traditions, rich cultural heritage and traditional Rhodope hospitality is essential for the successful  development of tourism in the region – there is a year-round tourist flow from Bulgarian and foreign tourists. You can feel the village spirit, the rural life and the homey atmosphere in the family hotels, guest houses and private rooms available in Trigrad. The village offers its guests numerous leisure activities and opportunities for active recreation:

Locals have preserved some interesting customs and festivals, that are attractive for tourists. The village is known for hosting the festival “Orphic mysteries”. 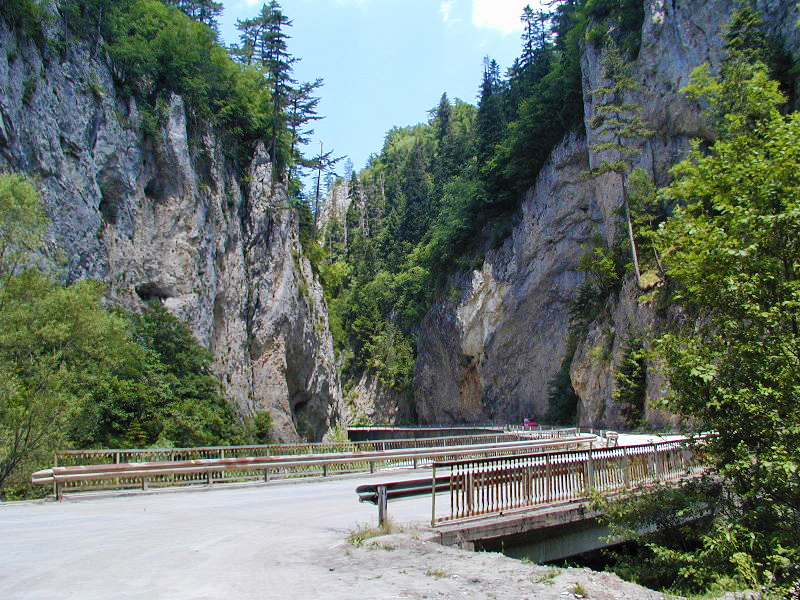 Three of the 100 national tourist sites are located nearby Trigrad – the Yagodina Cave, the Devil’s Throat Cave and the Trigrad Gorge.

The village of Trigrad is the starting point for many tourist routes and hiking trails leading to natural, cultural and historical sites. The Trigrad karst region is one of the largest karst regions in Bulgaria. There are more than 150 caves here, seven of which were prehistoric dwellings.