The name comes from the Turkish words gyoz – eyes and tepe– mount and in clear weather the Aegean Sea can be viewed from here. Mount Videnitsa is the regional highest peak with its 1652 m. An ancient legend says that a sanctuary to the God Dionysius like the one in Delphi was built here. It is also believed that Alexander the Great visited the sanctuary.

It is considered that the Thracian tribe Satrae who were proud and freedom-loving people lived in the region of Mount Videnitsa and also the priestly clan of the tribe Besi was performing rituals precisely on this peak. Clear evidence of whether this is the Rhodope sanctuary, second in importance after the Delphic are not found yet, and many places in The Rhodopes claim to fame just this sanctuary of Dionysius. One thing is certain – it is worth climbing to the top and look from the peak. Amazing sights that will delight any traveler reveals from there.

To the South a view of Buynovo village can be seen. On the way to the top you pass through wonderful forests and meadows full of flowers. The air vibrates with purity and freshness. And if the weather is clear, you can even see the Aegean Sea. 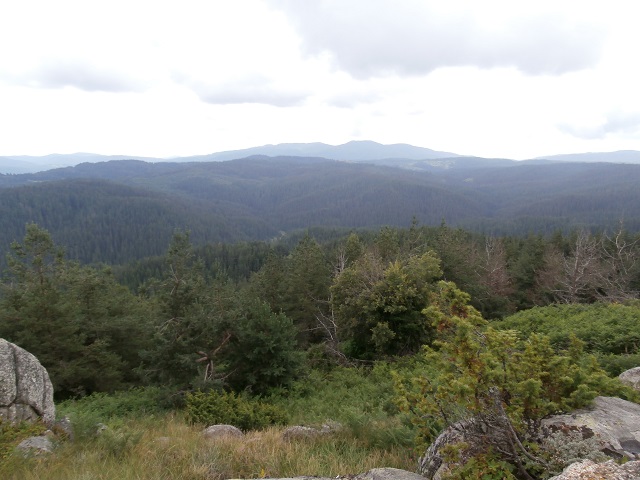 During excavations in the Western Rhodopes a marble head of the Roman empress Julia Paula, wife of Emperor Elagabalus, was found in the sanctuary. The find was made by the archeologists from The Rhodopes 2002 – Dionysius Temple expedition headed by PhD Kostadin Kostov, director of the Archeological museum in Plovdiv.

More pictures of The Western Rhodopes can be seen here.